It's probably unnecessary to introduce The Big Bang Theory sitcom. No matter what you think about the series the chances are that you have seen this picture from the eleventh episode of the seventh season named "The Cooper Extraction" where Sheldon’s girlfriend Amy comes with the theory that none of Sheldon’s friends would be there if it wasn't for Sheldon: 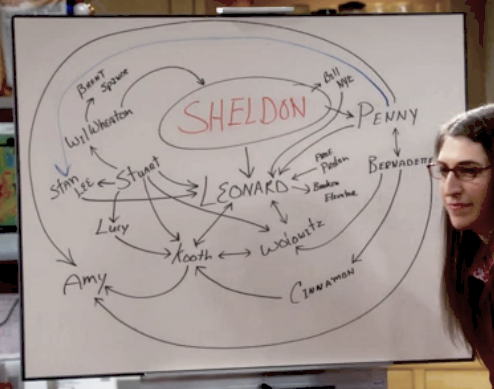 She draws this graph of the absent Sheldon premise to prove that without Sheldon the sequence of events that led to the creation of a happy relationship between Leonard and Penny or between Bernadette and Wolovitz would never have occurred.

And here, we got inspired - what if we import the graph into Graphlytic a give it a bit more styling and interactivity... and this blog post will show you exactly how to do it.

There are several options how to import data into a graph database using Graphlytic:

In this blog post, we will focus on the 3rd option - the manual file import. 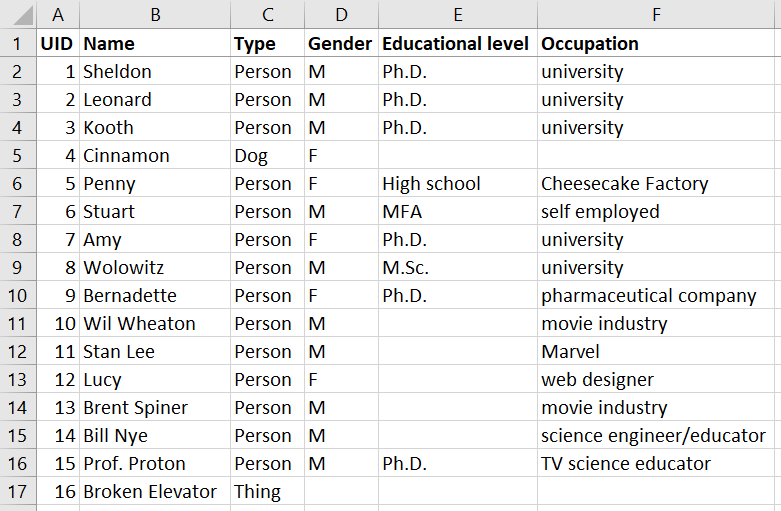 Having the set of nodes and relationships prepared we’ll switch to Graphlytic environment to import the data - open a new (blank) visualization and press the "Import" button and drag&drop the spreadsheet into the import window to upload it to the server:

The first step is to import the nodes using these steps:

When importing the relationships, we need a bit more effort. These steps have to be completed:

During import, the application will match the start node and end node based on the mapping selected in steps 5 and 6. If the identification values are not unique then multiple relationships can be created from every line in the uploaded spreadsheet.

Finally, we can add a few icons and colors to the visualization based on the imported properties.

I'm sure there are a lot more relationships between the sitcom characters and Amy's graph is not used to the max. What other relationships should be added? Leave your tips in the comments below.