IT infrastructure demo is based on an anonymized dataset of a Configuration Management Database (CMDB) which is in heart of every IT infrastructure management framework (e.g. ITIL or other). CMDB typically holds information about every entity of an IT network and most importantly information about relationships between these entities. The power of Graphlytic is in general network visualization capabilities where all relationships together can provide a comprehensive picture of the infrastructure.

The example in the picture below shows one of the virtualization clusters in the CMDB database. The cluster's HW is spread across two

Virtual Managers (e.g. VMware) installed on these servers are then splitting the HW resources into multiple

Virtual Servers which then hosts applications or databases (not pictured). 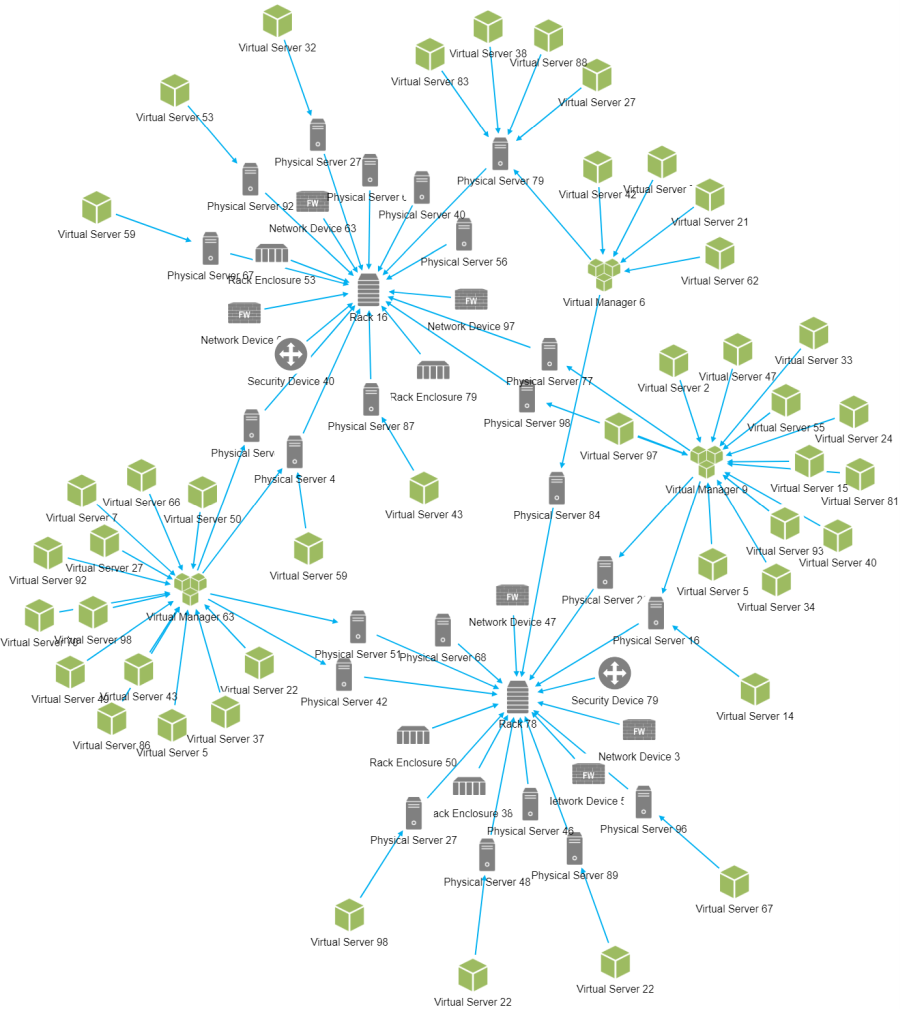 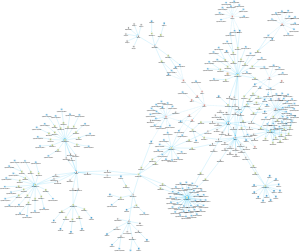 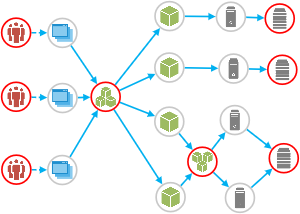 Top 3 HW Platforms
Shows the three largest HW platforms in the database. From racks to virtual servers and network devices in one picture.

"The Panama Papers are 11.5 million leaked documents that detail financial and attorney-client information for more than 214,488 offshore entities. The documents, some dating back to the 1970s, were created by and taken from, Panamanian law firm and corporate service provider Mossack Fonseca, and were leaked in April 2016." Wikipedia

The graph visualization of the Panama Papers in Graphlytic brings to life metadata and relationships between entities extracted from the leaked documents. The database was downloaded from the ICIJ download page.

The graph model has multiple entity types, and the fulltext search is set to look into names, countries, and addresses. It's very easy to start with a name that will probably match an

Entity (company). You can then easily explore relationships in the graph to see which

Intermediaries were between the 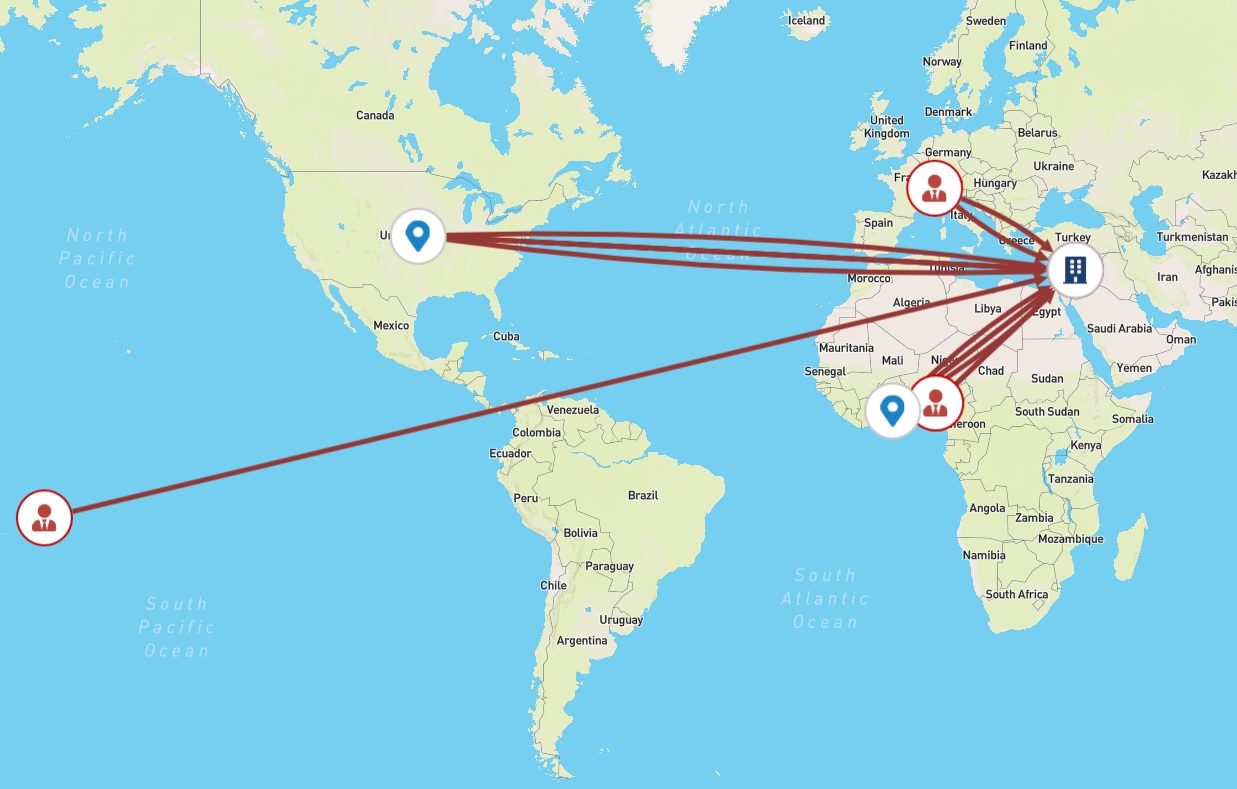 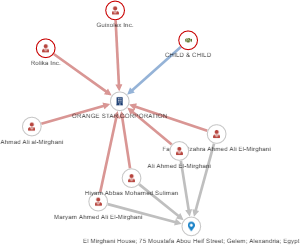 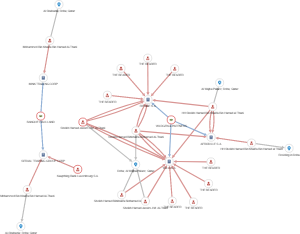 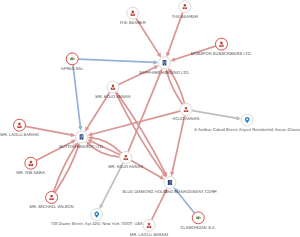 Grimoire Encyclopedia is a collection of linked information about grimoires, focusing (with some distraction) on early modern Western European texts from the Christian tradition. The goal is to look at the connections and relationships within the metadata and subject matter of these grimoires and attempt to collect factual information about their provenance and historical context.

Satan. You can choose your preferred

spell based on the

ingredients you have or based on other

spell. Just be careful with the summoning, please :) 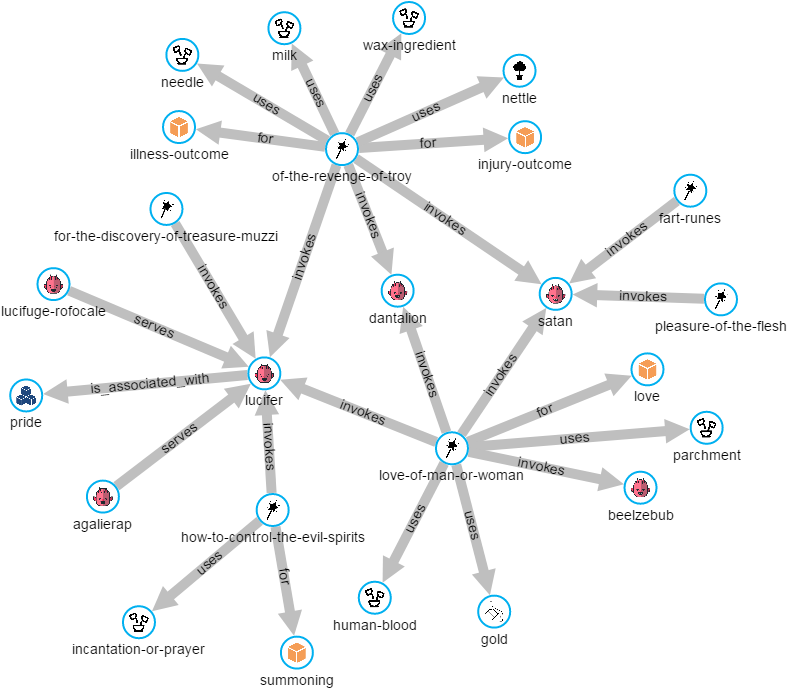 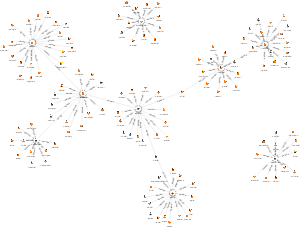 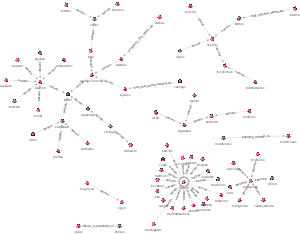 Demons
Which demon has the biggest network of servants? 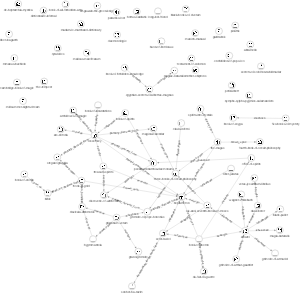 Grimoire Relationships
Which Grimoire draws upon, mentions, or is influenced by which 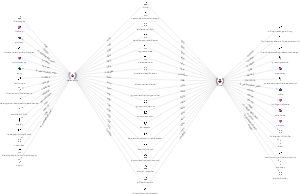 Lucifer & Beelzebub
What has Lucifer and Beelzebub in common? 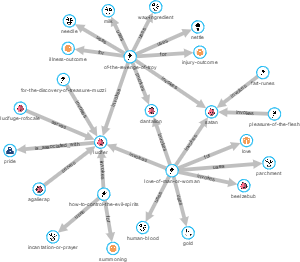 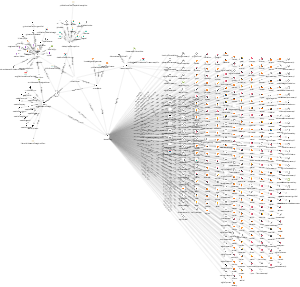 Robert Truner
Grimoires of Robert Truner and their relationships, creatures and other elements

What can you try in the demo?

Want to analyse your own data?